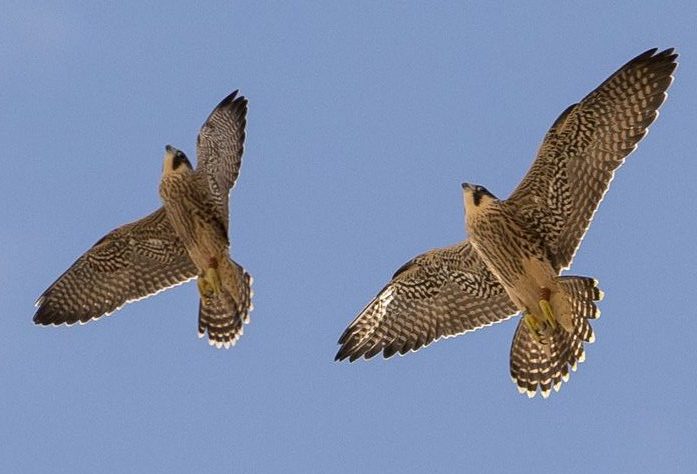 Only 50 years ago, peregrines came close to extinction in the British Isles. Not surprisingly, they are now given the highest possible legal protection under the Wildlife and Countryside Act 1981.

Traditionally found on sea cliffs and upland crags, peregrine falcons are increasingly spotted in towns and cities on urban high rise buildings across the UK.

Peregrines have been regularly seen in Woking Town Centre since 2001. In recent years a new pair of peregrines started nesting at Export House where a nest box, fitted with an internal web cam, was installed in January 2016.

You can find out more by visiting the Woking Peregrine Project website and catch live webcam footage of the peregrines in action each spring.

In celebration of the first five years of the Woking Peregrine Project, the founders are publishing a book documenting the peregrines through each stage of their development, captured through stunning photography.

You can register your interest in receiving a copy of the book. All profits will be split between Wildlife Aid Foundation, Leatherhead, which took care of one an injured fledgling in 2018, and the further development of Woking Peregrine Project.